A GPEC Ambassador event COVID-19 altered the way businesses operate, but many in Greater Phoenix managed to adapt and even grow. Recently, we hosted a virtual Ambassador event centered on building resiliency in these challenging times. Four local leaders shared how their organizations’ quickly adjusted operations and adapted in a way that allowed them to […] A GPEC Virtual Series The nineteenth installment of the Greater Phoenix Economic Council’s (GPEC) virtual series, ‘Regional Report,’ convened some of Greater Phoenix’s top commercial real estate and economic development leaders to discuss the Future of Office in a post-pandemic world. The webinar was moderated by Eric Sperling, managing director of the Social Television Network, […] Behind Greater Phoenix’s trade boom is the Phoenix-Mesa...

An expedited Customs inspection complex in Mesa is coming to fruition and will change how cross-border trade is done by Mark Arend Photo courtesy: Gateway Airport Employment at Arizona’s more than 820 international companies is growing at more than twice the rate of the state’s overall private-sector employment growth. More than 113,600 Arizonans work for […] An inside look at economic development in 2020

A GPEC Ambassador event On Tuesday, the Greater Phoenix Economic Council (GPEC) provided more than 300 webinar attendees with an inside look at how we advance the market. GPEC’s senior leadership presented the organization’s FY21 strategic direction, business recruitment tactics and laid out the vision for the region’s brand as we advance Greater Phoenix Together. […] 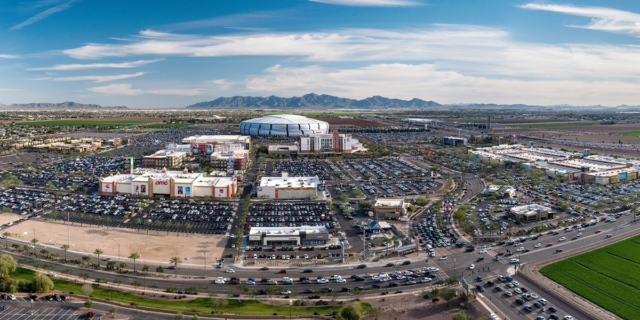 Glendale: Where businesses touch down

by Savannah King The country’s newest sports mecca is in the City of Glendale. Glendale is home to a plethora of professional sports organizations and events including football, hockey, Major League Baseball Spring Training, auto racing, NCAA Regionals, the annual PlayStation Fiesta Bowl, and the 2008, 2015 and 2023 Super Bowls. Beyond the city’s stadiums, […] Regional Report: Education in 2020 and beyond

A GPEC Virtual Series The latest installment of the Greater Phoenix Economic Council’s (GPEC) virtual series, ‘Regional Report,’ centered on the 2020 school year and beyond. Local education leaders discussed how they’re approaching health and safety concerns, the digital divide, and what the education system may look like in the coming years. Panelists included: Dr. […]