Greater Phoenix has not been immune to the housing price increase experienced throughout the country. With the market adding nearly 100,000 residents each year and low supply stemming from a reluctance to build following the 2008 recession, demand has increased alongside the average price for a home. This is especially evident over the last year, with home prices rising 33% since July 2021.

The region has begun to take steps to address the lack of supply. Greater Phoenix is expected to issue 50,200 housing permits by the end of 2022, the sixth-most building permits in the country. But adding homes isn’t the only thing the region is doing to balance the market.

Local leaders joined GPEC’s ambassador event to discuss their efforts in making sure housing remains attainable in the region. The panel featured:

There isn’t one single factor that has caused Greater Phoenix housing costs to rise. It stems from causes old and new.

During the Great Recession and in the years after, there was a severe underbuilding of new units. Arizona was undersupplied by about 133,000 housing units from 2006-2020, according to Home Arizona. As migration increased and millennials aged into adulthood, demand went under-addressed.

International supply chain and labor shortages have impacted prices around the region significantly. While permits are being issued, resources aren’t sufficiently available to construct what is needed.

While Court believes supply chain and labor is beyond the local market’s control and it will correct itself, the issue will persist if Greater Phoenix isn’t proactive in ensuring enough units are available. Pent-up demand from young adults waiting to purchase their first home combined with heightened migration from people around the country who want to live in Greater Phoenix will cause demand to remain high, and Home Arizona estimates that the state needs about 16,000 apartment units built each year for the next five years to reach a balance of supply and demand.

How organizations are addressing housing costs

Rising interest rates have slowed cost increases, but the only way to fully resolve the issue is to fix the demand imbalance. Greater Phoenix is addressing rising housing costs by issuing nearly twice as many single-family building permits as it did five years ago. Organizations throughout the region have also begun constructing more multifamily units.

The Arizona Department of Housing implemented several tactics to encourage attainable housing builds. It streamlined its efforts to distribute low-income housing tax credits by shortening the length of the Qualified Application Program application from about 300 pages to approximately 50 — a simplification that Navarrete Stotler said led to far more applications.

The department also used gap funding to nearly triple the number of units that had been funded the year prior. In addition, it worked with Maricopa County to utilize federal funds through ARPA and the CARES Act to distribute money to groups that support veterans and people experiencing homelessness.

The City of Phoenix Housing Department launched Housing Phoenix, a plan with an overarching goal of constructing 50,000 units in the city by 2030. The program includes a series of initiatives ranging from amending zoning ordinances to redeveloping city-owned land with mixed-income housing to supporting affordable housing legislation.

Phoenix has gone beyond the construction of new homes. It has launched incentive programs for affordable housing through its walkable urban code that utilizes the light rail system and the Section 8 Housing Choice Vouchers. It has also prepared funding for its rental rehabilitation program and has begun redeveloping city-owned property to create additional affordable housing.

Chicanos Por La Causa operates several housing, financing and counseling programs to assist people in the home buying process. It owns real estate subsidiaries including La Causa Development and Tiempo Inc., the latter of which provides property management. In total, the organization manages more than 3,000 units and its real estate operations program has helped more than 25,000 clients in the last five years.

Its Nuevas Vistas townhouses are under construction and focused on density, with 56 two- to three-story homes in the neighborhood for sale. Chicanos Por La Causa is also in the process of its building out the Pueblo Apartment complex in Phoenix, inclusive of some for-sale units.

Panelists agreed that the region cannot rely on single-family housing to address the challenges of attainable workforce homeownership. The Phoenix housing department’s data found that about 60% of new units need to be affordable or subsidized housing to meet the needs of current residents — requiring a combination of houses, apartments, townhouses and condominiums.

“We can’t build our way out of this [with] single-family homes,” Navarrete Stotler said. “We need that advocacy out there that we need different housing types.”

“What’s happening now is that the circle of the have-nots is growing,” Garcia Duarte said. “It’s impacting more people that before used to say, ‘I have my house, so I don’t have to worry about it’ — but as it’s impacting our children, our nieces, our nephews and other close relatives, I think more people are starting to say, ‘Oh, we have a problem.’” 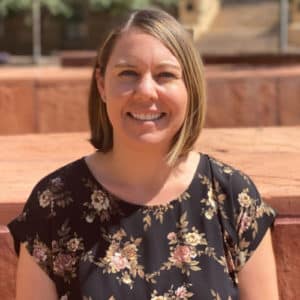