Greater Phoenix technology companies are rapidly gaining interest and large investments from venture capitalists. With innovation as a springboard, the region has become a burgeoning technology hub and GPEC is celebrating every success as this ecosystem grows. Bishop Fox, the leading authority in offensive security, today announced $75 million in Series B funding from growth-oriented […] A story about building a life: Erik

I’m Erik Long, account executive at Front. I’ve been with the company for the past two years working in the Bay Area, but when they opened a new office in Phoenix I jumped at the opportunity to move to the region. As my fiancé and I were deciding if we should make the move to […] A story about diversity: Ashley

I’m Ashley Dancer, cloud services professional at Acronis. I was born and raised in Omaha, Nebraska and moved to Greater Phoenix in 2018 in search of greater opportunities and I found them. One of the things I’ve grown to love about Greater Phoenix is its diversity. Growing up in a smaller town, there were certain […] 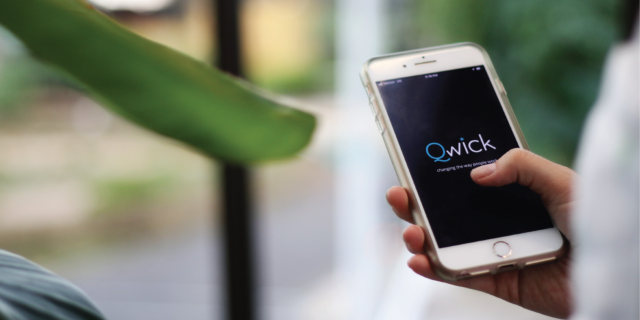 As a region, we’re on a relentless pursuit of innovation and technology, and companies here are committed to changing the game. It’s all about people, place and tech in Greater Phoenix. Learn more about Qwick’s story from their Co-Founder and CEO, Jamie Baxter.  Tell us about your company:  Jamie Baxter: Qwick is an on-demand staffing as a service platform that […] Read between the data: Greater Phoenix is a fast-growing...

By Chris Camacho, GPEC president and CEO Greater Phoenix has received a significant amount of attention lately for our emergence as a fast-growing technology and innovation hub. Part of that recognition included Inc. hosting its annual conference at J.W. Marriott in Phoenix. The magazine, known for its yearly list of the country’s fastest-growing companies, also recently […] What is your first and last name?   Nancy Shenker How old are you?   63 What city do you currently reside in?   Scottsdale How long have you lived in Greater Phoenix?   About two years Where are you originally from and why did you decide to move to Greater Phoenix?   New York City. I moved […]